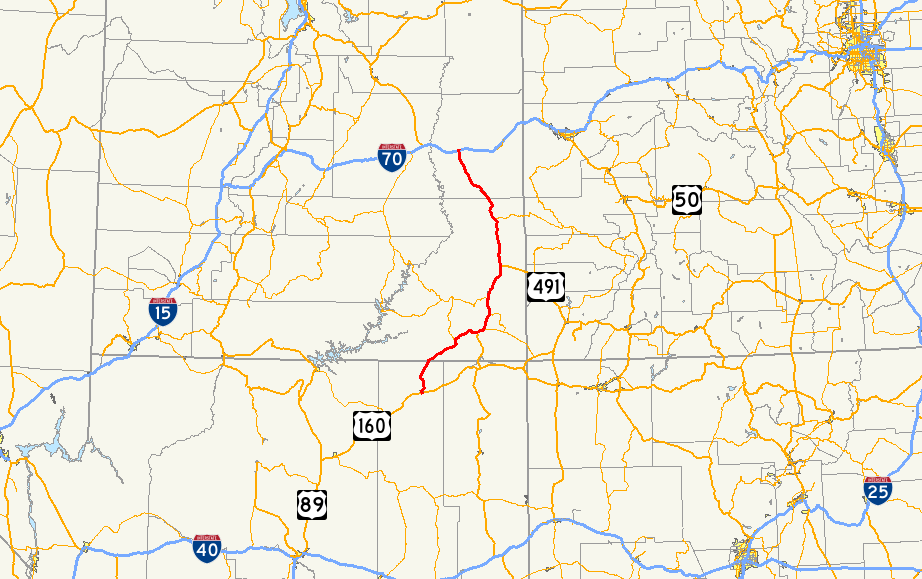 The highway was designated in 1970, in 1981, US 191 was routed over the northern section of US 163, effectively truncating the northern terminus to Bluff, Utah from Crescent Junction.

The state of Utah briefly had plans for a different routing of US 163 north of Bluff. These plans were rejected, resulting in discrepancies between the signed route and the official designation by the American Association of State Highway and Transportation Officials that were not resolved until 2008.

The route number does not follow the numbering convention for U.S. highways, as the number 163 would normally be used for a spur of U.S. Route 63; however, these two highways have never connected.

Listen while you read